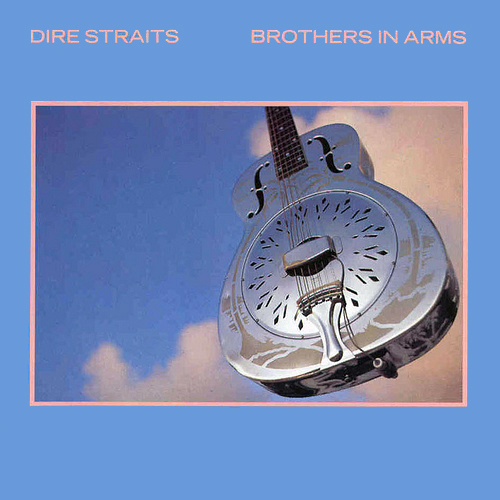 In various articles the famous National Style-O on the cover of the Brothers in arms album is mentioned and I noticed that there are various years mentioned as the building year. That is a bit like the line from Industrial Disease: "Two men say they're Jesus one of them must be wrong". Of course, only one building year can be correct. Searching for information, this is what I found:


They were made between 1930 and 1941. General information: Single cone resonator, nickel plated body with sand blasted Hawaiian scene on back and palm trees on front and solid area on sides, round shoulder, upper F-holes, round neck, dot inlay fingerboard, bound ebony fingerboard. There were 6 different variations in the sand blasted Hawaiian scene, and 8 total Style O variations if you include body changes. Four of the six sand blasting variations were used on the 12 fret models. If you need to figure out the exact year of your National Style-O guitar, use the serial number. See the National Serial Number Info web page for help determining the exact year.

B1844 according to the official Mark Knopfler Guitar Styles books.

Other info on the National site:

The first issue from 1930 has the following specs:

And then it starts summing up all the changes that were made over the years. In the year 1937, this is mentioned:

When you look at the picture below (taken from a charity show on behalf of the Prince's Trust at The Hurlingham Club, London, UK on 9th September 2009), you can see Mark showing the guitar and you can clearly see the palm trees etched on the side of the body which matches the building year 1937:

So, both the serial number and the palm trees on the side of the body indicate that it must be from 1937.
Listen to a nice sound sample of what Mark says about this guitar during the show from 9th September 2009.

The picture below is not Mark's actual guitar, but shows the exact same etched back as the famous one from this article: 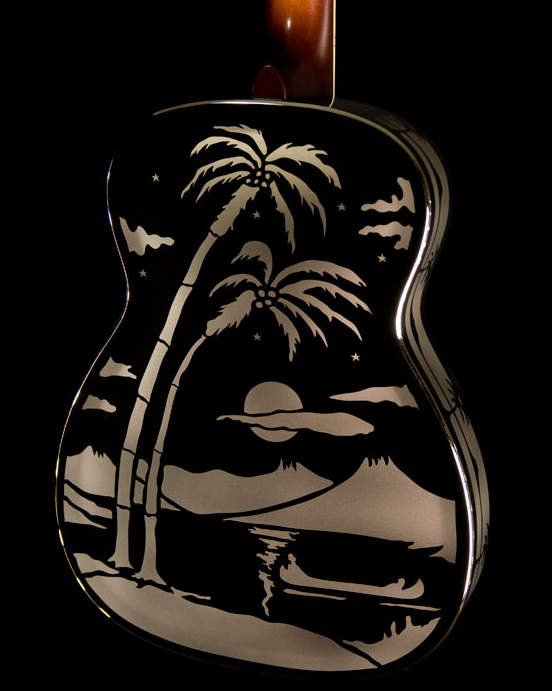